‘There is a tendency, a sort of philosophy that permeates the service, which suggests that older people perhaps should be treated in a less fortunate way than younger people,’ Professor Leslie Turnberg, the college’s president, said as the college published a report calling for equity for the elderly in health care.

However, the college also warned that it would be ‘impossible’ for the NHS to provide continuing long-stay care free to all those who would prefer it to paying for their own care in a private nursing home.

The Government urgently needed to clarify the rules about about who qualified for such care and under what circumstances.

For acute hospital care, however, ‘a patient’s need for admission should not become an issue on grounds of age’, the college said.

General practitioners seeking admission for an elderly patient ‘should not be involved in a ‘justification exercise’ in an attempt to secure a hospital bed’.

The college’s report was commissioned 18 months ago before the recent political rows over ‘ageism’ in the health service. It draws attention to the risk that acutely ill older people may be offered inferior treatment if admitted to ‘geriatric’ facilities.

‘The risks are that if you are 65 and one week, rather than 64 and 50 weeks, your treatment might vary because of the simple fact of being a different age,’ Professor Turnberg said.

‘That difference may put the older person at some risk. Whether anyone has died because of that I wouldn’t like to say, because it is hard to find evidence of that. But your risks are increased if you are that much older under those particular circumstances,’ he said.

John Grimley Evans, professor of geratology at Oxford University, said a study three years ago had shown that one in five coronary care units operated an upper age limit, usually 70 or 75, for admission. Forty per cent had an upper age limit for clot-busting drugs when such an approach was ‘illogical’. The drugs were more effective in older than in younger patients.

He said the problem was not new, or unique to Britain. In the United States, studies had shown that older people were much less likely to get good and effective cancer treatment. There was no equivalent data for the UK, ‘but cancer experts suspect the same would be found here if the studies were done’.

The college added that the same quality of care should be available for the elderly, however that care was organised.

The issue that patients should be assessed as individuals and not on grounds of age was one doctors could affect, the college said.

Dr Michael Denham, a consultant geriatrician at Northwick Park Hospital in outer London, said clinicians had succeeded in changing managers’ minds when they had attempted to exclude elderly patients from particular services.

John Bowis, a health minister, welcomed the report. He said the NHS was there ‘to provide services for everybody on the basis of their clinical need – whatever their age’. 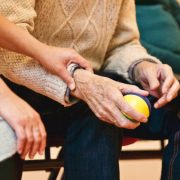 Benefits could be axed to fund care for the elderly

Victory for lawyer who protected the elderly
Scroll to top