Blog
You are here: Home / Blog / Care / Benefits could be axed to fund care for the elderly

The Conservatives said Labour’s plan would lead to the abolition of the benefits, received by about 2.4 million of the elderly and disabled. The Government also faces a growing backlash from its own party. Roger Berry, a Labour MP and chair of the all-party group on disability, said he would fight attempts to withdraw the benefits. “We need to hang on to those two benefits and I would oppose it if the Government tried to remove them,” he said. “I don’t think they will try to remove them, but I think the elderly and disabled want control over what they spend their money on, which is why we need to keep those benefits.”

Carers questioned a proposal for providing more home care for those most in need, as central planks from the Queen’s Speech appeared to continue to unravel. The English Community Care Association (ECCA) said that there was “no coherent back story” explaining how the plan would be funded.

Andy Burnham, the Health Secretary, accused the Tories of “disgraceful scaremongering” in suggesting benefits could simply disappear. However, he admitted that the Attendance Allowance could be reformed to pay for broader changes in the future. He added that anyone who lost out would be compensated with an “equivalent level of support”.

Mr Brown announced plans for the creation of a National Care Service, to match the NHS, in his Labour conference speech in September. Mr Burnham added that a plan announced in the Queen’s Speech this week to guarantee free home care for about 280,000 pensioners and disabled people most in need of extra aid, at a cost of £670m a year, would be paid for out of his department’s existing budget.

But that was questioned by Martin Green, chief executive of the ECCA, as he gave evidence to the Commons Health Committee yesterday. “There appears to be no coherent back story about how this is going to be funded, what the criteria will be, how it interfaces with other aspects of the social care system,” he said, adding that there needed to be more clarity on “the price to be paid at other parts of the social care budget”.

The Government also came under renewed attack from the Labour peer, Lord Lipsey, a former member of the Royal Commission on Long-Term Care. He said the Prime Minister had pre-empted a long-running consultation on social care in order to win some short term popularity.

“In the middle of the consultation on that, in one of the most disorderly pieces of government I have ever seen in 40 years of political life, the Prime Minister has declared that it is government policy that people with severe care needs in their own home should be paid for in full,” he said. “I think that is a bad policy but I think it is also a bad way to do policy just to find a nice highlight for your Labour Party conference speech.

“What has happened is that into this very complicated but important policy process, has been injected something that is just a bit of a gimmick.”

A tax-free benefit for those who need help with care or have walking difficulties due to mental or physical disability. Worth up to £89 a week.

A benefit handed to those aged 65 or over who need help with care costs. Those who qualify will receive up to £70.35 a week.

Given to those prevented from working due to illness or disability. Payment depends on what effect disability has on ability to work. Worth up to £95.15. 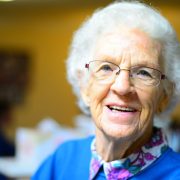